Child Protection in Dubai is new; however, Child abuse is as old as humankind around the world. Protection of children is the primary concern of every parent in UAE and obviously in other countries as well, and eventually Child Protection in Dubai is lately a concern for government authorities, courts, legislators and other administrative departments. It is certainly a bitter truth that countries have laws and regulations in the interest of Child Protection and to prevent physical, mental or any other sort of abuse and mistreatment against children in our society.

UAE follows the principles of Shariah, which significantly emphasize the welfare of the children and the need to protect children from all sort of abuse. In the wake of following Shariah Principles and considering the number foreign expatriates living in the country, UAE signed United Conventions for Child Protection and has similarly issued several laws and regulations to reflect the same principles in local laws effectively. Although the Emirate of Sharjah was the first in issuing laws for Child Protection which were later covered up by the government by issuing Federal Law Number 3 of 2016 regarding Child’s rights, importantly, government has established a Community Development Authority in each Emirate obliged to draft child protection policies and must oversee the implementation of the federal laws governing Child Protection in Dubai and other Emirates. The current statute not only protects the children residing within the country but it even protect children who are simply travelling via Dubai.

In addition to this Federal Law, number 28 of 2005 regarding Personal Status Law governing all sorts of family issues within the country, including Child Protection, as these laws are derived from the principles of Shariah. The law specifically emphasizes on duties of custodians and their ability to safeguard the best interest of the Child. Courts in UAE critically focus on several factors while appointing the custodian of the Child and leaves no stone unturned when it comes to Child Protection in Dubai.

Safeguard your precious ones. Know what are the necessities of Child Protection Law in Dubai. Book an Appointment Now!

I owe the success of my case to Dr. Hassan's diligent approach. He remained focused, put me at ease and always went the extra mile. Dr. Hassan tirelessly put my case in the best possible light and I cannot thank him enough. I would highly recommend Dr. Hassan - I am grateful to him from the bottom of my heart.

Dr. Hassan Elhais is among the best legal consultants I have ever worked with. He has an amazing ability to reduce complex issues into a simple concept that non-legal people can understand. He consistently develops innovative litigation strategies that help us to achieve our ultimate legal goals.

...the extraordinary effort that has been exerted by the staff, and we specially thank Dr. Hassan Mohsen Alhais. Wishing your continues success & excellence...

I believe everyone should recognize what a difference Dr. Hassan Elhais work has made to people's lives; and especially to our family's life, because we will remain forever grateful to each and every one of his team.

Dr. Hassan Elhais never fears cases that involve exposure and he always gives me his honest assessment of our chances of success, which is invaluable to me.

He aided us not only in providing legal advice but also in all legal issues that required a long term strategic approach to achieve most favorable and optimum outcomes he provided us with high level of professional service.

Dr. Hassan Elhais is a responsible, reputable counsel who operates to high levels of service.

Dr Hassan Elhais is responsive, thorough and creative with his advice, and is a valued advisor and legal consultant.

Regardless of the complexity of the matter I know Dr. Hassan Elhais will consider not only legal strategy but also business practicalities in providing advice and litigation options.

I recommend Dr. Hassan Elhais to anyone who says 'I'm in legal trouble'. I was extremely satisfied with the high standard of his work. He has always been there when I have needed him and I refer all my clients, family and friends to him/his firm. 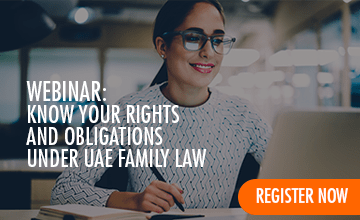